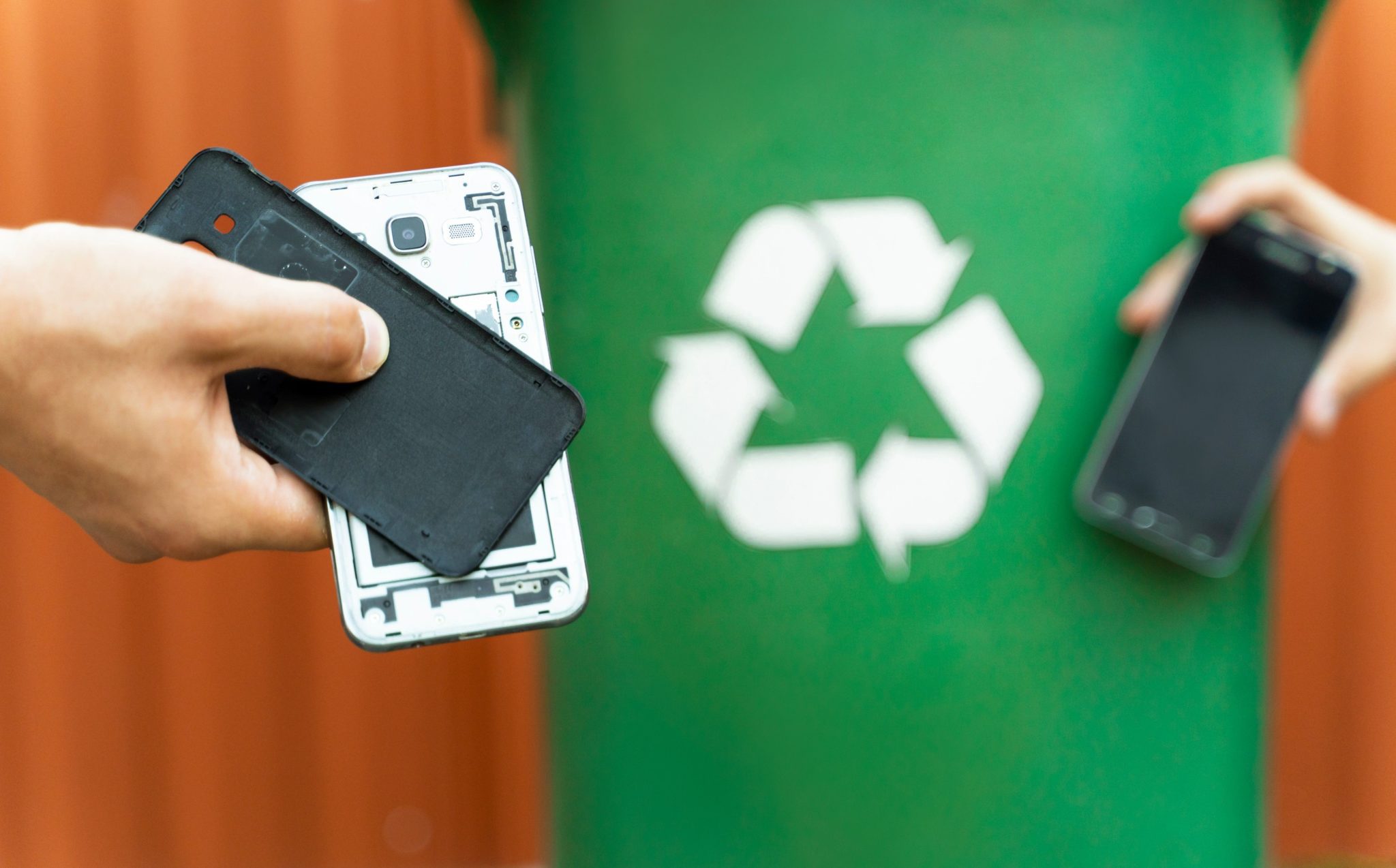 YouGov research commissioned by giffgaff reveals that 72% of the UK have no idea what e-waste is and 68% think the government should be doing more to raise awareness of it nationally.

YouGov polled 2,000 adults across the UK to find out the population’s views on electronic waste, their supposed emotional attachment and attitude to recycling their old devices, and with whom the responsibility lies to bring attention to the increasing issues faced in the UK. The country is one of the worst offenders when it comes to e-waste – generating the second most e-waste per capita in the world in 2019*.

67% of those polled admitted to having one or more old mobile phones lying around their house and 38% say they find it difficult to donate their old phones. When asked why they do not recycle their old phones, 35% said they don’t know where to recycle or trade them in. On the flip side, 70% said they would like to recycle or trade-in their device because it’s better for the environment.

When asked why they hold on to their old phones 32% of those polled stated they want to keep it for emergencies/ have a backup phone, and 28% said they don’t know what to do with it. 22% said it had personal information on it (e.g. previous travel details, and/or visa applications) so they were less likely to want to get rid of it, whilst 12% cite being emotionally attached to their old phone as the reason. 47% would do so to make more space and 59% would rather trade it in to get some money in return.

Behavioural psychologist, Jo Hemmings, said: “We live in an age where we are happy to recycle certain items –  and understand the environmental importance of it – whether it’s clothes, cardboard or cans. And yet many of us are reluctant to recycle our old phones, even though we change our mobile phones on average, once every two years. With 3.5 billion users of mobile phones globally, why is there this resistance?

Even though we know that we can transfer all our information quite easily from our old device to a new phone, we have a huge emotional attachment to our old phones. We form similar bonds to our phones in the way that we do with people. Being parted from our phones, for even a short period of time, can create separation anxiety. As well as the reassurance of providing constant connectivity, our phones often contain the history of our lives – whether that is precious photographs, emails, text messages or social media posts – the more sophisticated phones become, the more memories they hold.

We are also loath to give them away, just in case our current phones stop working. So they provide a security blanket against the loss of all that deeply personal, private and unique information. Yet, logically, most old phones are useless to us. Your number has been transferred, they probably won’t even work with your current sim card and the vast majority of us will simply leave them languishing in the back of a drawer or a cupboard.”

Additionally, a whopping 67% say if they were incentivised they’d be more likely to trade in their old phone. 61% think the government and/or local councils could simplify the disposal of phones by collecting them like they collect other recyclable waste. However, when asked, the majority of respondents don’t think it should be mandatory to recycle old phones. Of those polled, 32% said they thought 18 to 25-year-olds, aka Generation Z were responsible for producing the UK’s most e-waste.

The research was commissioned by giffgaff, the community-run mobile network, who recently launched a campaign called “An Urgent Call” with the aim of getting old phones ringing again and back into circulation. Be it recycled for their parts or refurbished and given a second lease at life.

The research uncovered that whilst 70% of the population recycle their clothing and 60% sustainably dispose of books, only 43% recycle their old electronic items.
83% of people said their preferred method of recycling was donating to charity shops begging the question, why aren’t charity shops used as a trade-in point for old mobile phones?

Behavioural psychologist, Jo Hemmings, continued: “With e-waste becoming the world’s fastest-growing domestic and commercial waste stream, it’s time to break those emotional ties and learn to recycle our old phones, each and every time we buy a new one. They are of no use to us, they can’t provide any comfort, but as the world’s most valuable form of e-waste, they can be recycled responsibly rather than left neglected and discarded at the back of that drawer.”

giffgaff’s CEO, Ash Schofield added: “This year, giffgaff is making an urgent call to help get old phones back into circulation. Our research has found that the nation needs to be better educated about the issue of e-waste and why it’s important for our planet and our future. As the mobile network run by you, it’s important we equip people with the know-how to sustainably dispose of their old phones so that together we can work towards tackling the issue of e-waste.”

The YouGov results come ahead of the UN Climate Summit (COP26) in Glasgow between 1 to 12th November. The UN regards e-waste as the world’s fastest-growing domestic and commercial waste stream.**

This research follows last year’s research by giffgaff carried out with LadBible that revealed 55m phones were sitting unused in people’s drawers.

What can be done?
Your old phone can make a world of difference. Let it ring again.
Because what’s good for the planet is also good for your wallet. Visit www.giffgaff.com/urgent to trade in your old phone or to find your nearest recycling point.

For watches with a nautical vibe, Spinnaker are tough to beat and their ...

Learn how to sleep eazzzy with Lab Tonica

A look at "The New Normal" shot on Xiaomi smartphones, featuring multipl ...