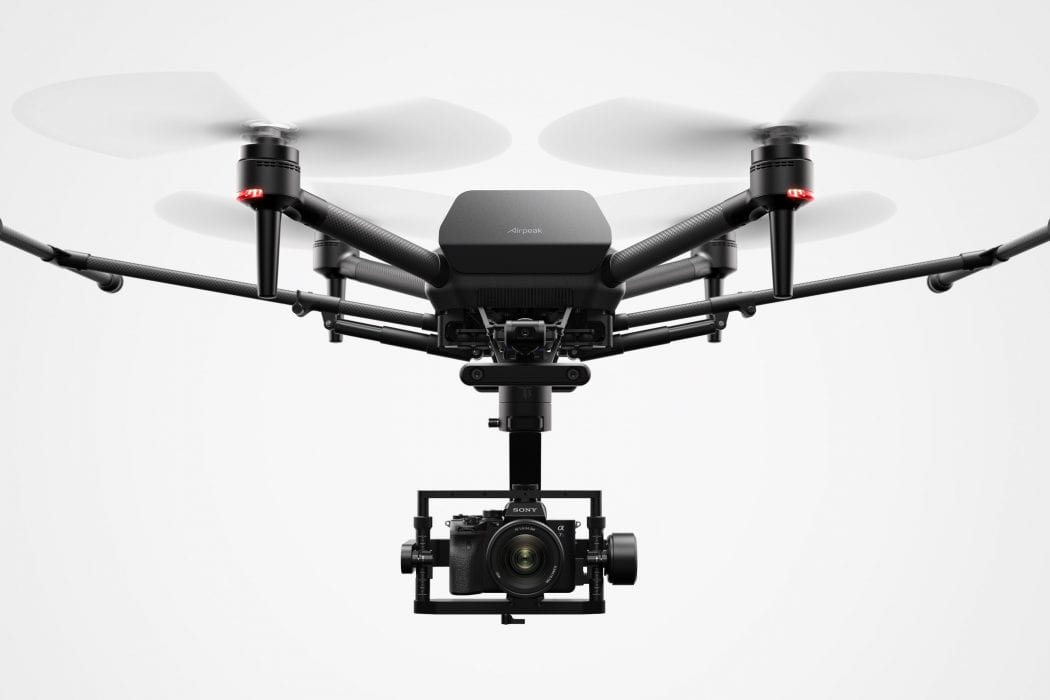 Sony are particularly synonymous with drone technology but that could well be set to change with the release of the AirPeak Drone. This amazing looking machine is certainly not small but it is perfectly formed with some spectacular features which look to set it apart in what is a highly competitive market of professional quality drones.

The Sony AirPeak Drone was first showcased at CES 2021 but, it’s fair to say, they have been teasing their drone for a while now and there is still no indication of when it will be available to buy or how much it will cost. They did suggest AirPeak would be officially launched in Spring 2021 so chances are it will be available to purchase sooner rather than later.

Take To The Skies

The Airpeak brand is a brand new foray into drones for Sony and it is being positioned squarely at the professional photography and video production market – and for good reason considering the calibre of tech it possesses within. It is said to be the smallest drone capable of carrying an Alpha camera and boasts a quadcopter style design and boasts two landing gear extensions that retract upward during flight so as not to interfere with your footage.

One of the stand out features of the new Sony AirPeak Drone is its capability to withstand strong winds. Sony put the drone to the test in a wind tunnel in Japan and you can see that the drone hits a maximum speed on the video of 19.5 meters per second twice the wind resistance DJI shows for its Inspire 2 model – impressive stuff indeed.

For the AirPeak Drone, Sony are combining their unparalleled imaging and sensing technological expertise and AI Robotics, so they can open the skies into an infinite creative playground – one with unprecedented freedom. With this impressive drone, you will be able to achieve a never-reached before creative experience by unleashing all constraints and barriers.

Drivers are over twice as likely to be breath tested by Police in Decemb ...

he Vodafone Foundation and scientists at Imperial College London are ask ...

The limited-edition MH40 Wireless Over-Ear Headphones and MW07 Plus True ...

So far as colours are concerned, we’ve definitely got a particular pen ...