It’s fair to say that it’s Porsches andand Rovers that get the majority of our automotive attention here, but there are plenty of other machines worthy of our purview – not least, this rather extraordinary 1957 Jaguar XKSS Re-Creation by Lynx. This majestic looking machine is going up for sale with Bring A Trailer and already has attracted bids of a quarter of a million dollars so it would appear we’re not alone in appreciating this stunning steed.

The 1957 Jaguar XKSS Re-Creation by Lynx on Bring A Trailer was produced between 2016 and 2017 on special order for the Lynx Motor’s North American representative, who has owned it since and, as you can see, it remains in remarkably good condition considering the machine is over half a century old at its base. It is built around a handmade aluminium monocoque tub and square-tube engine frame, which have then been wrapped in aluminium body panels designed to XKSS specifications to deliver the first class aesthetic that you see before you.

This is unquestionably one of the coolest looking vehicles that will be in any vintage car collector’s line up and we’re loving the old school cool vibes that it positively exudes here. A number of major mechanical components were sourced from a donor 1964 Jaguar XKE, which included a 4.2-litre DOHC inline-six that was rebuilt by Lynx using performance parts and triple Weber 45 DCOE carburetors. 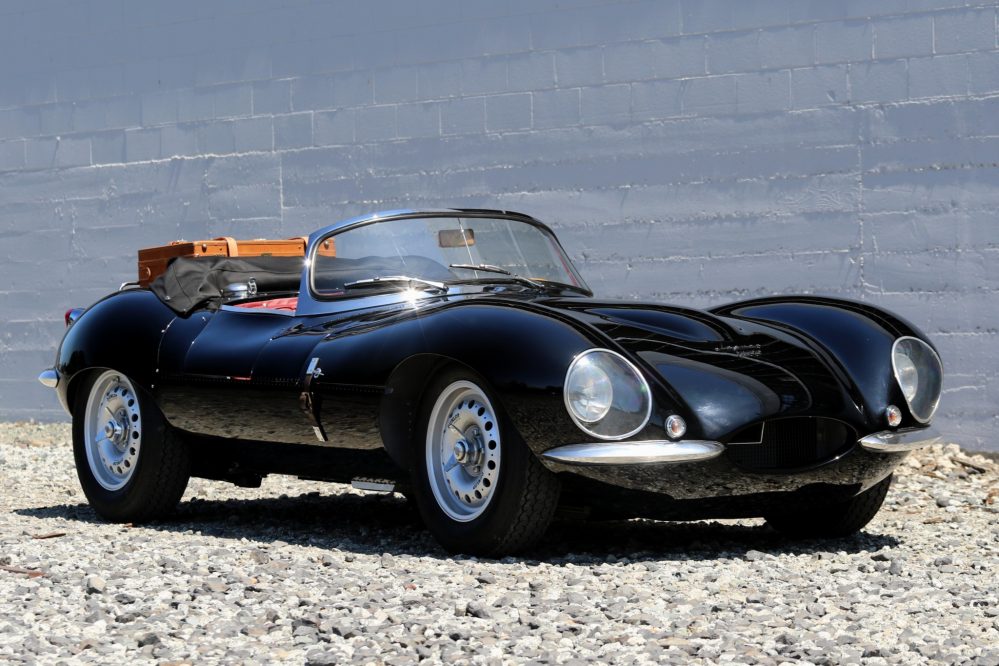 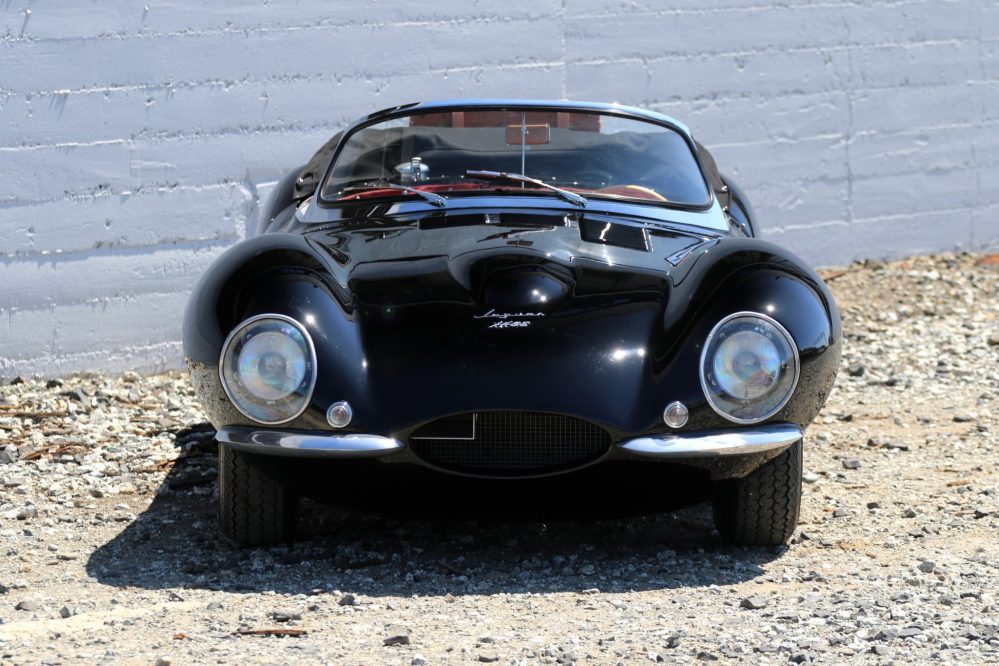 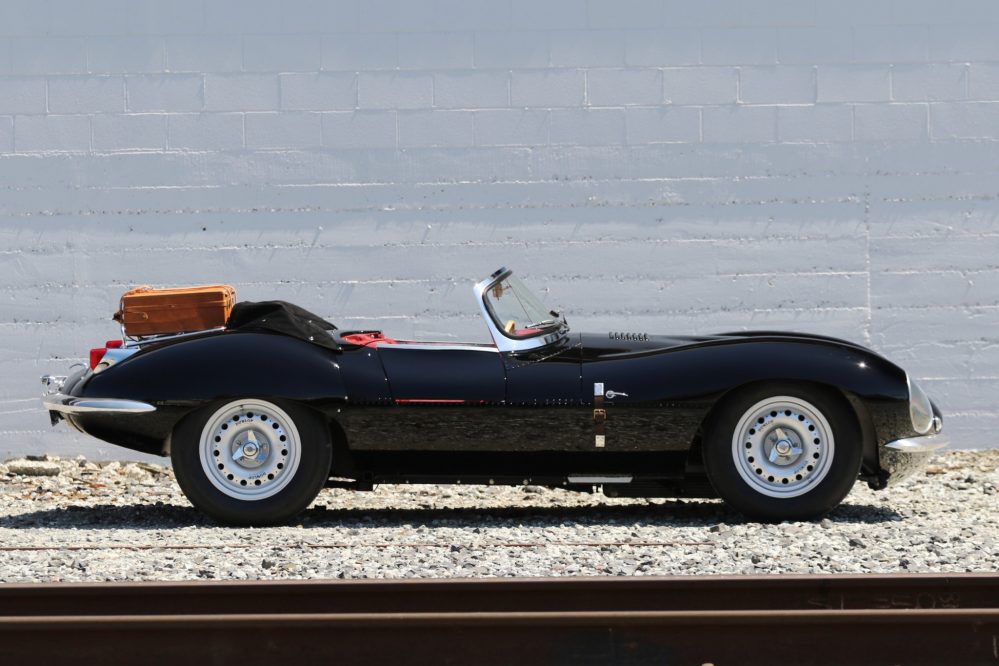 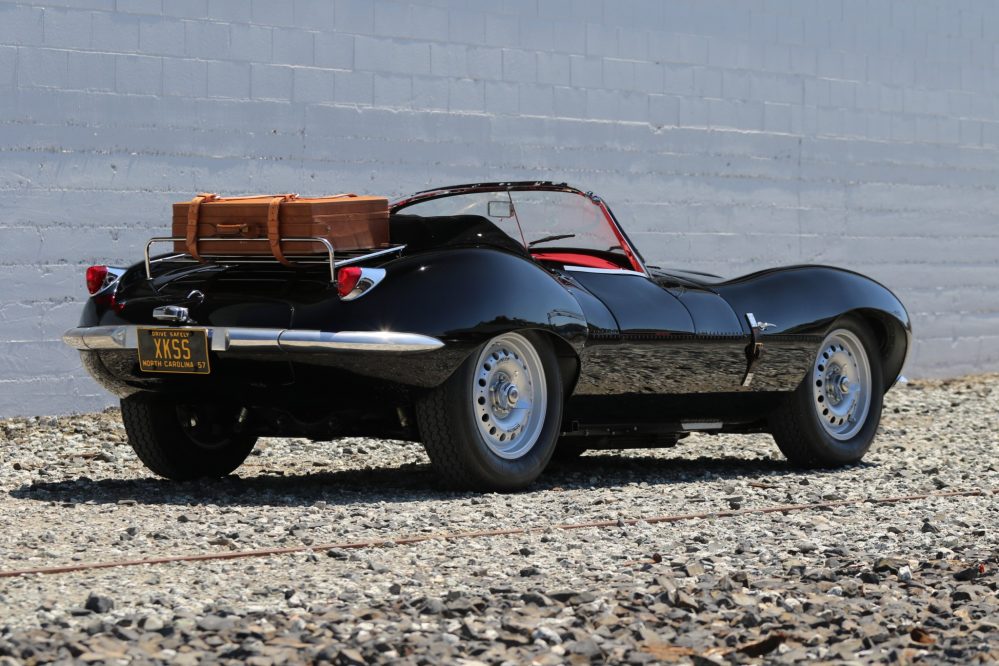 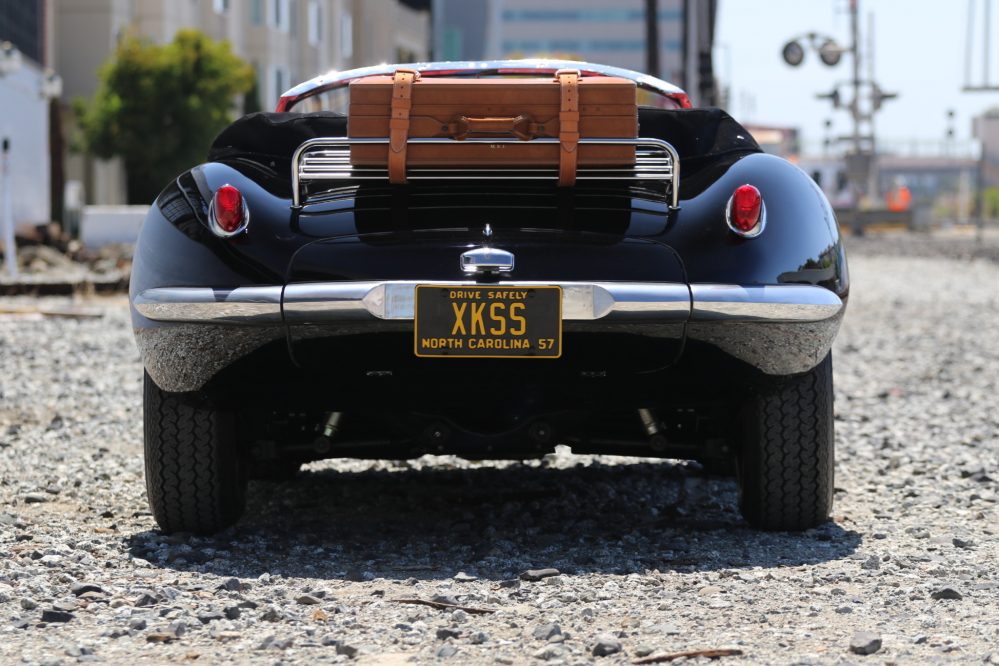 Additional features of this magnificent 1957 Jaguar XKSS Re-Creation by Lynx include a Getrag five-speed manual gearbox with a 9.5” clutch and lightened flywheel, as well as a rebuilt Salisbury 3.07 Power Lock differential, electronic ignition, 30-gallon aluminium fuel tank, Dunlop wheels, upgraded XKE-based suspension, a red leather interior, Sonnenland top and a effortlessly cool, custom luggage case. The vehicle is being offered on dealer consignment in California with a North Carolina title describing the car as a 1957 Jaguar Replica. 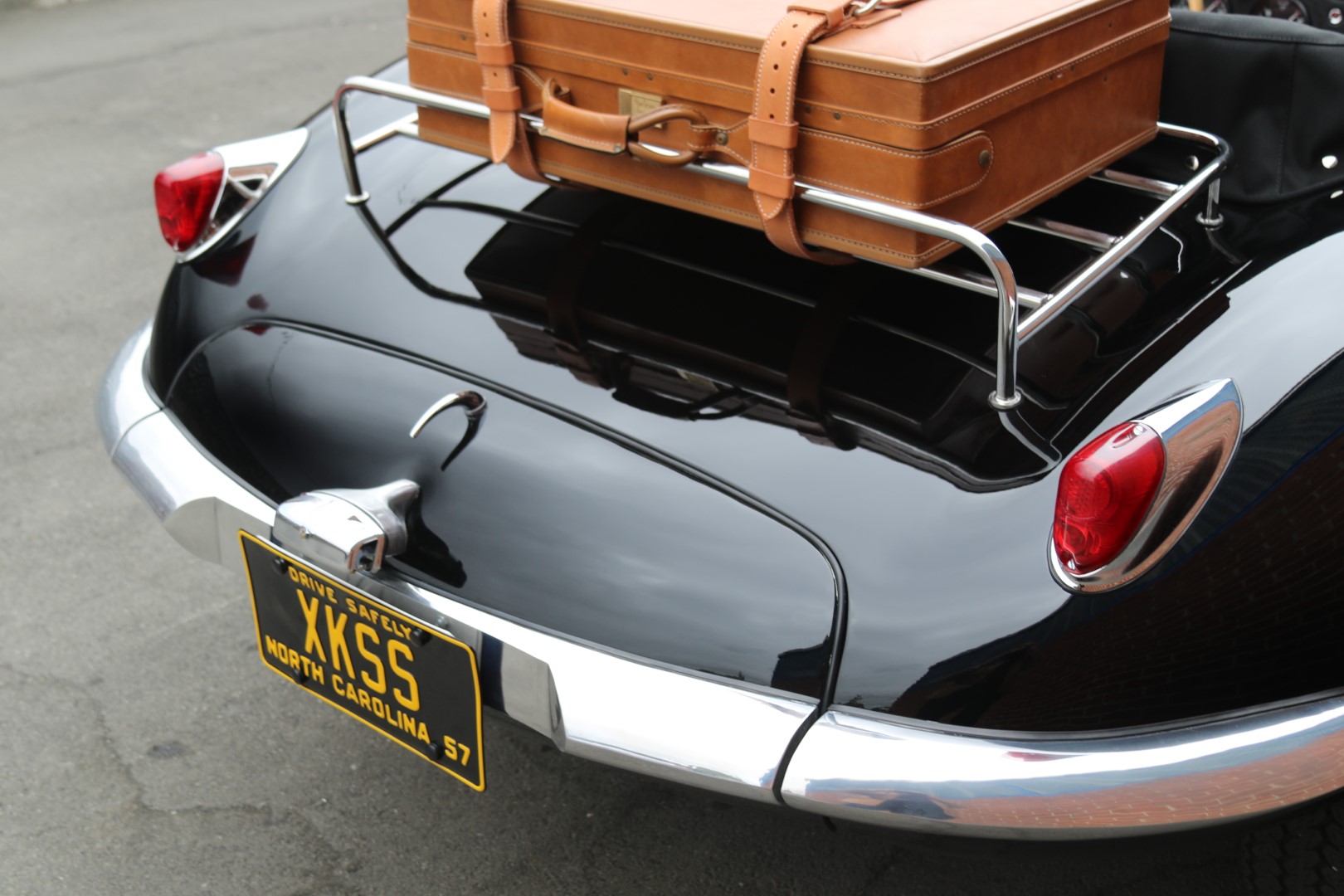 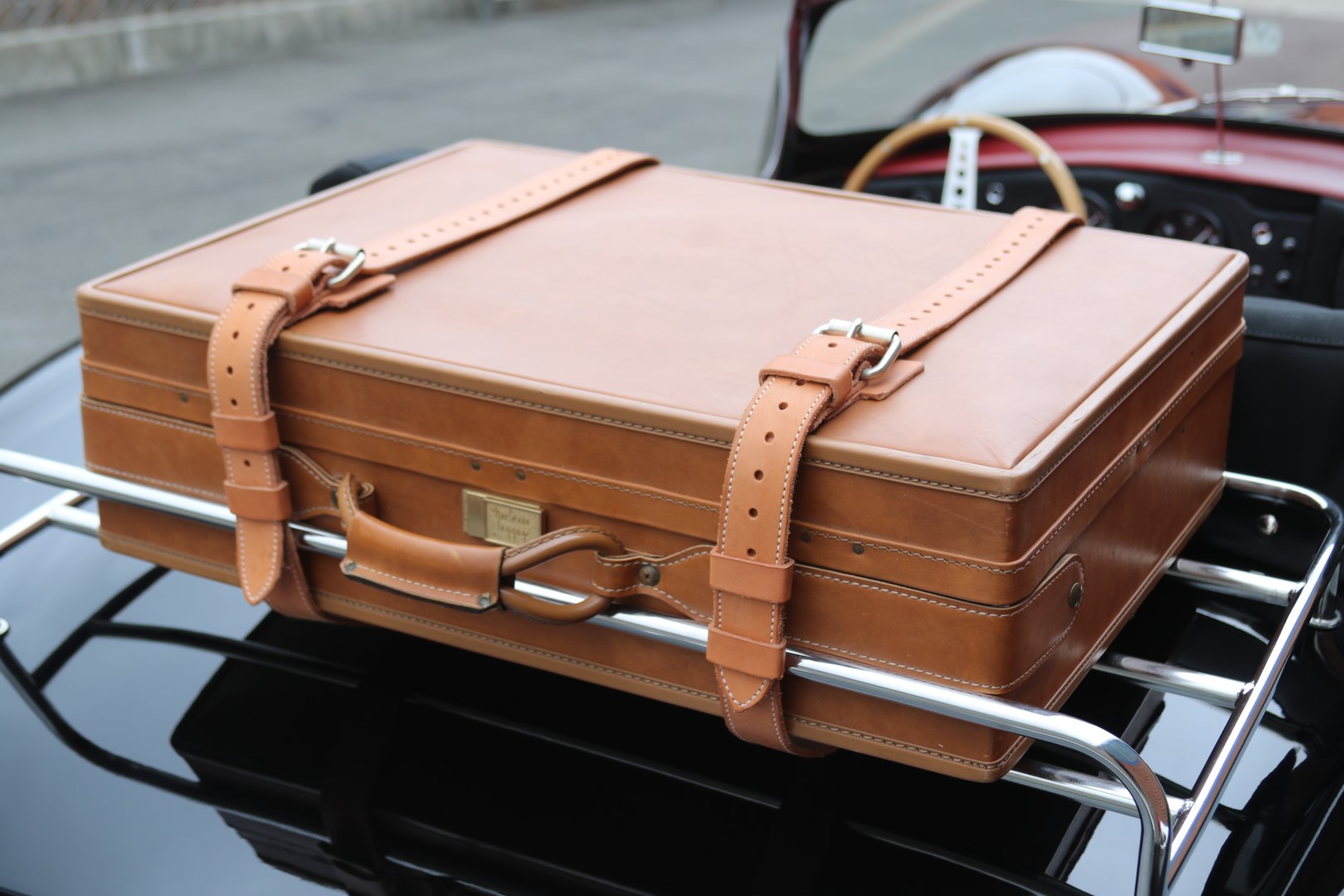 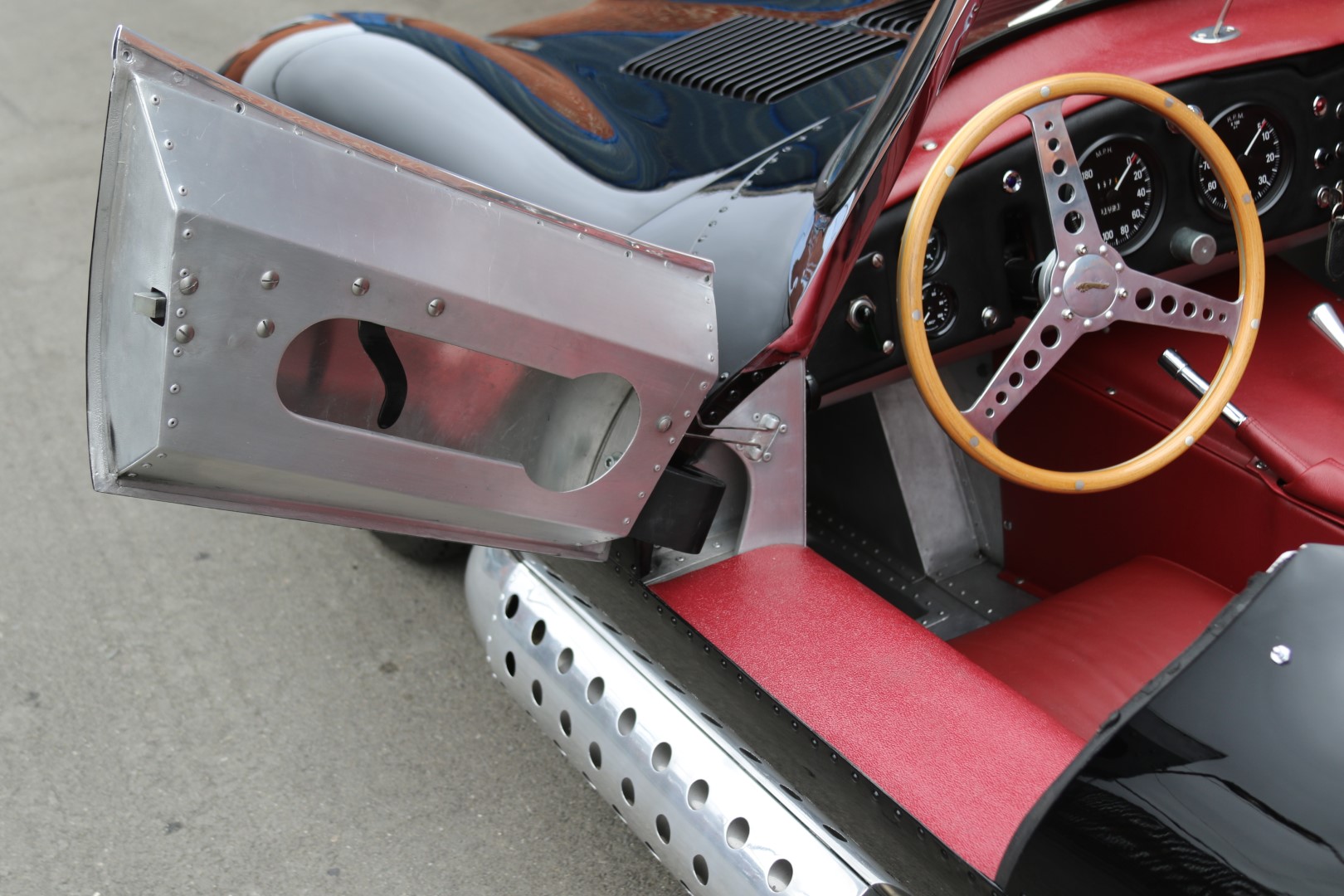 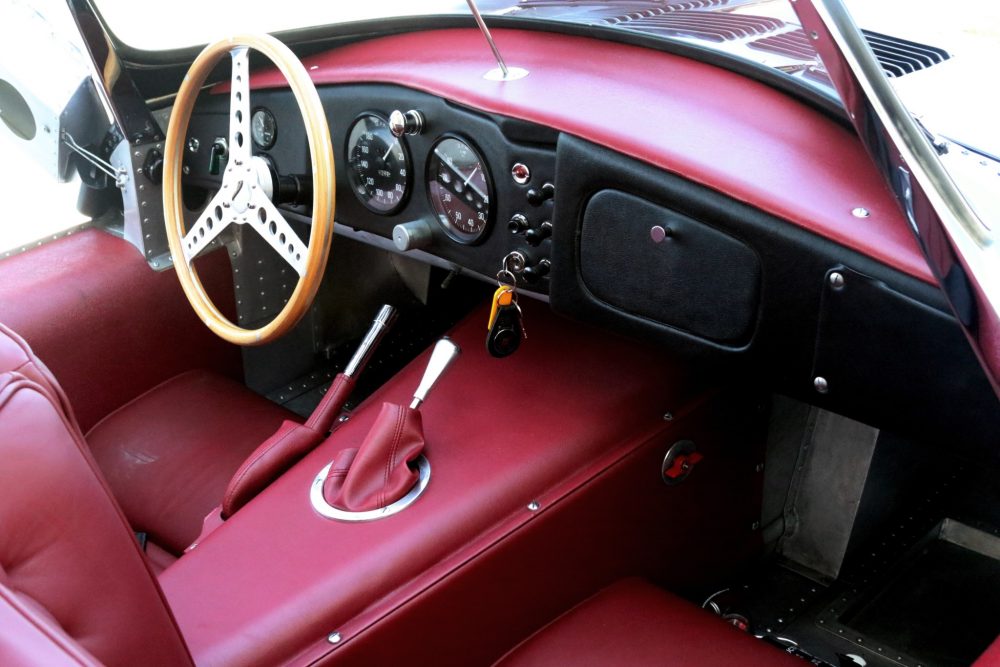 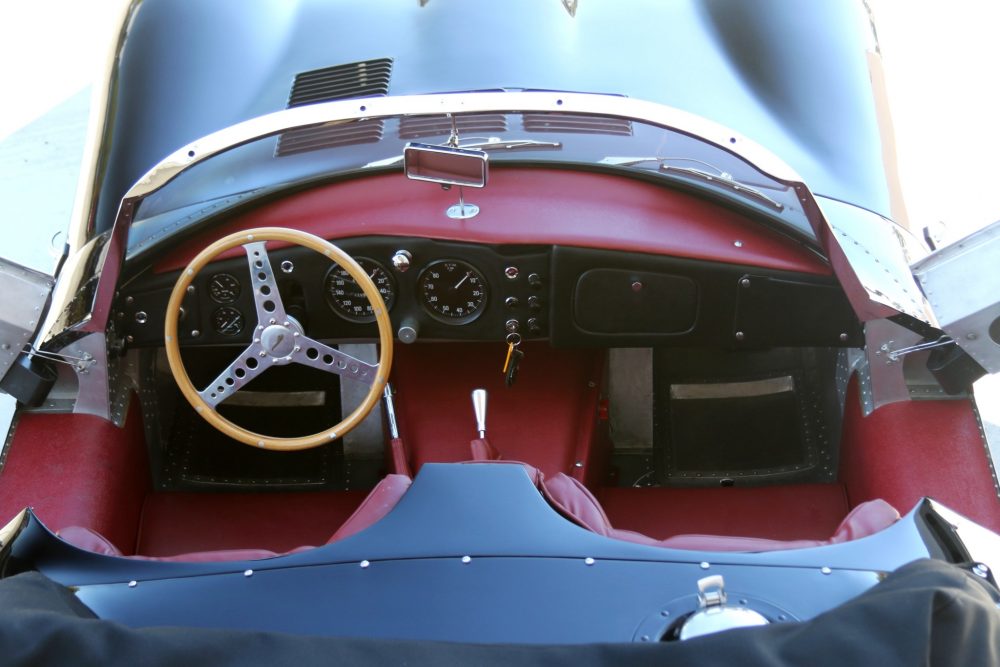 A mere 16 examples of the original XKSS were completed, which were road-going versions of Jaguar’s Le Mans-winning D-Type sports racer so this is a mighty rare and eye-catching vintage vehicle. The Lynx re-creation is a close approximation of its namesake and is built using similar standards and dimensions, though this example features a left-hand-drive monocoque with an extended footwell and repositioned seat back panels to allow for additional legroom. In addition, panel work includes a hand-built 16-SWG aluminium tail section and louvred bonnet, with the latter covering an uprated front chassis frame built using square Reynolds tubing.

As you would expect from such a well made machine, the interiors of the 1957 Jaguar XKSS Re-Creation by Lynx don’t disappoint and includes bucket seats which are trimmed in red leather, with matching upholstery on the sills, upper dash, and transmission tunnel. The seatbelts with polished “leaper” buckles are equipped for both occupants, and the bare metal of the monocoque tub remains visible in the footwells to give it a classic vibe that is impossible to ignore. 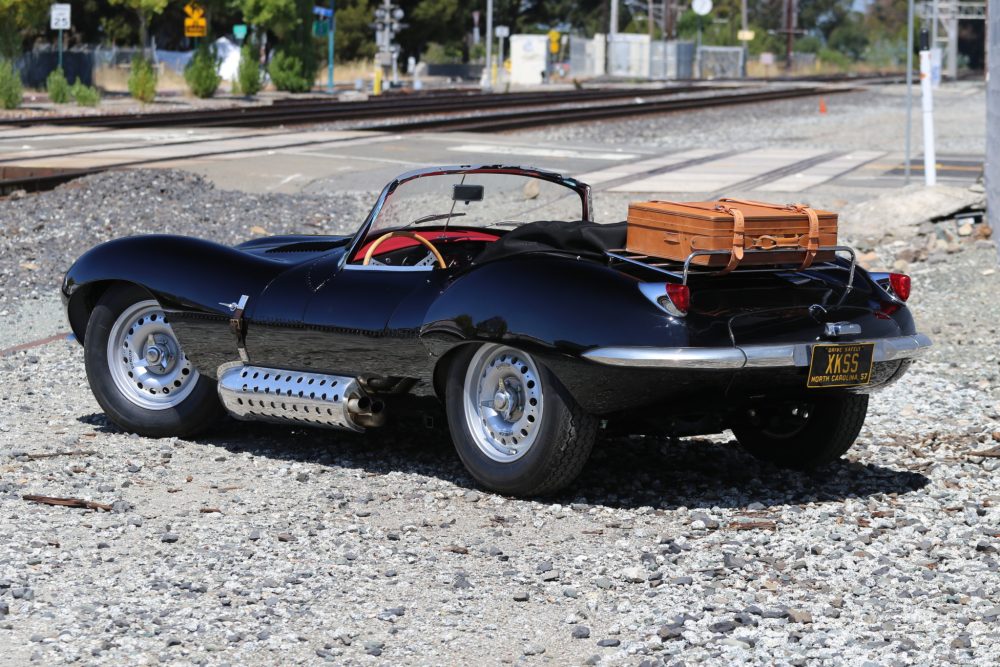 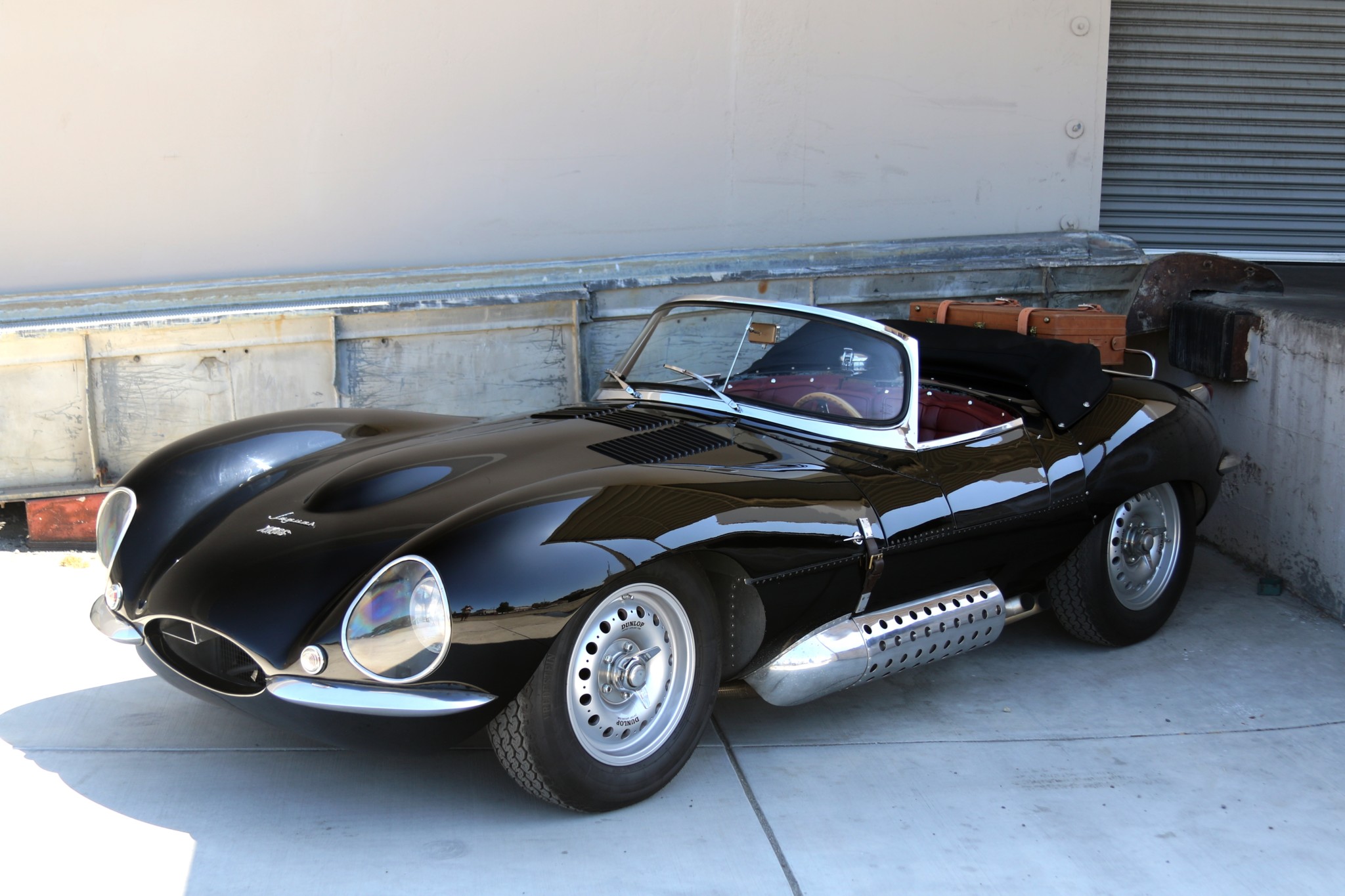 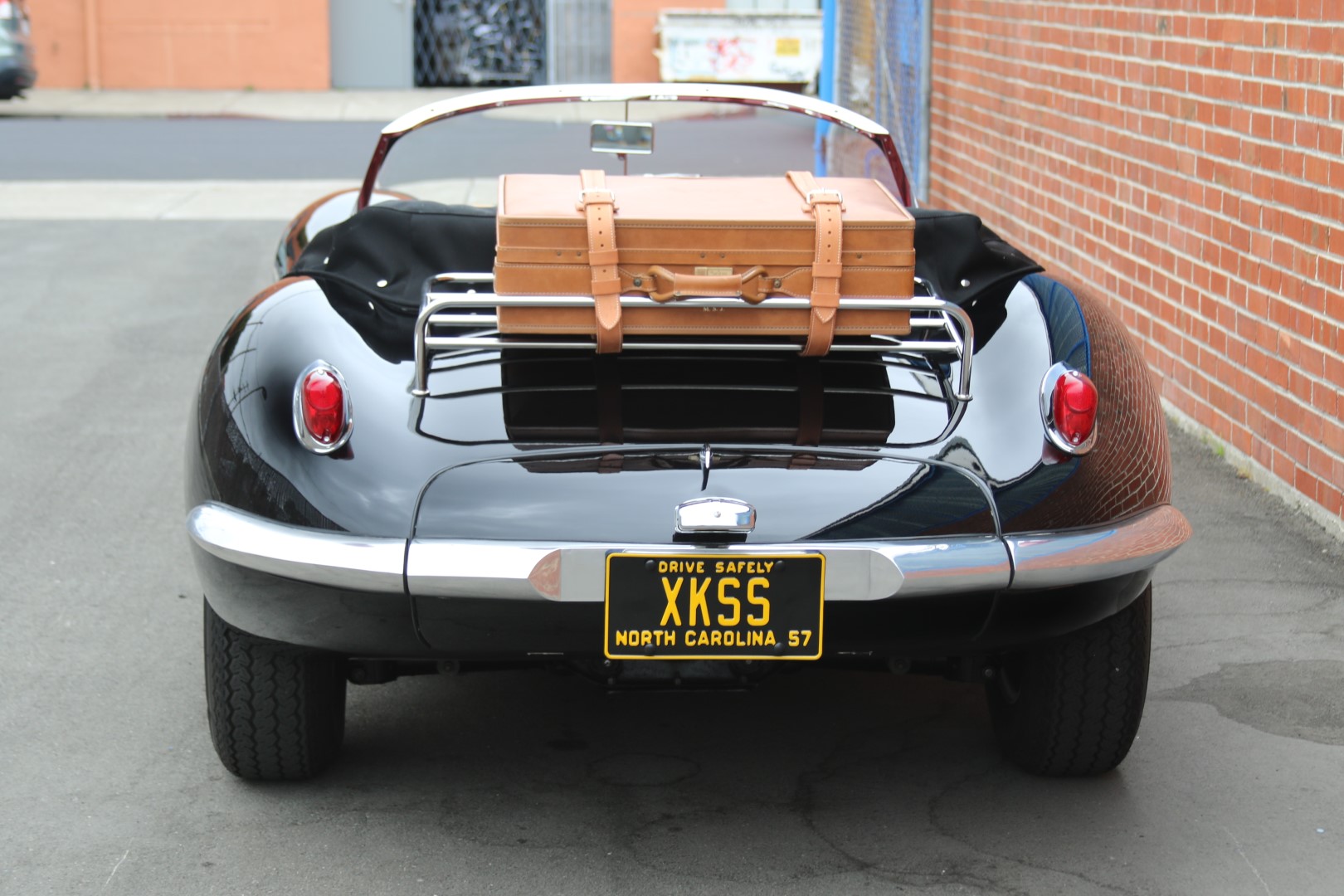 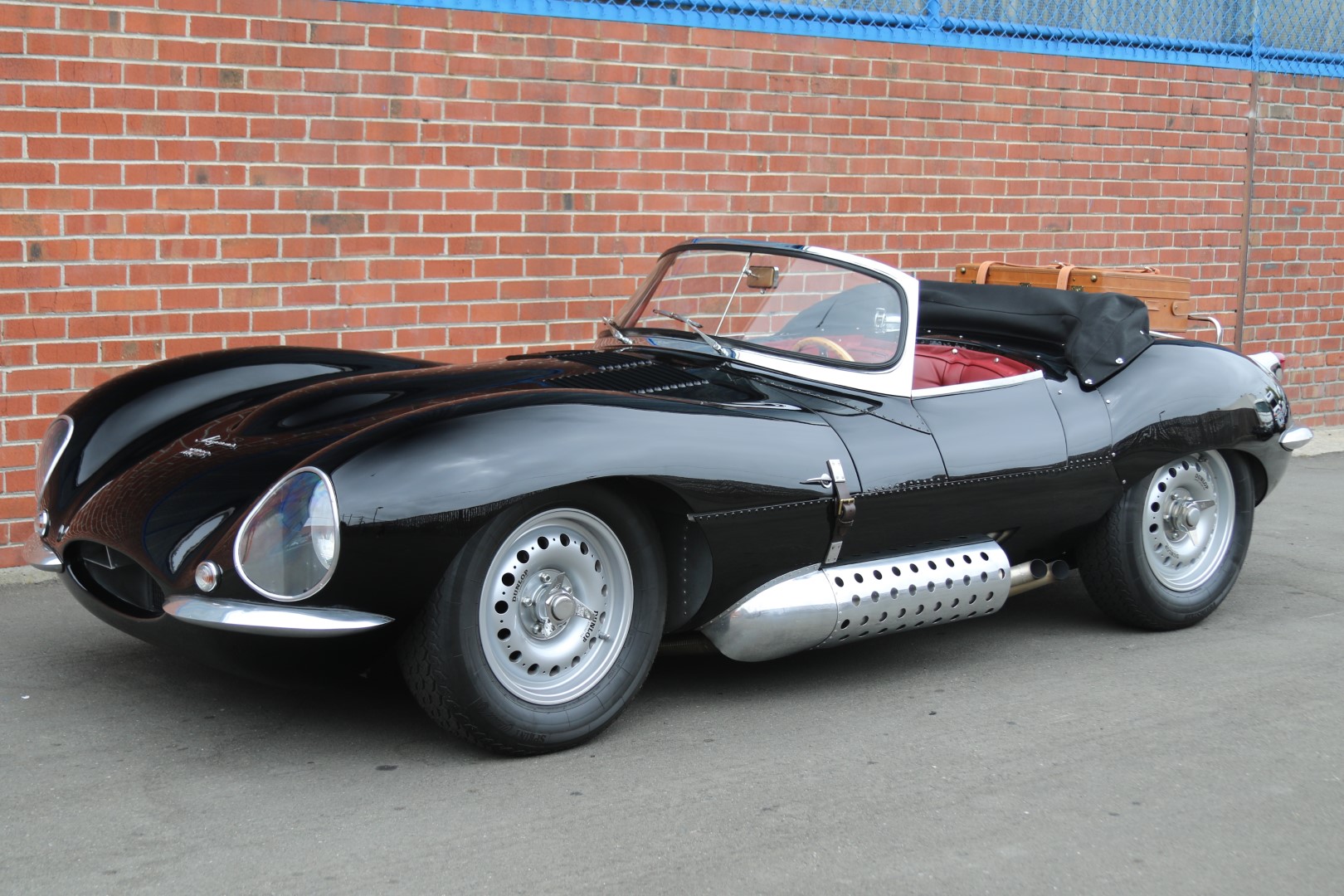 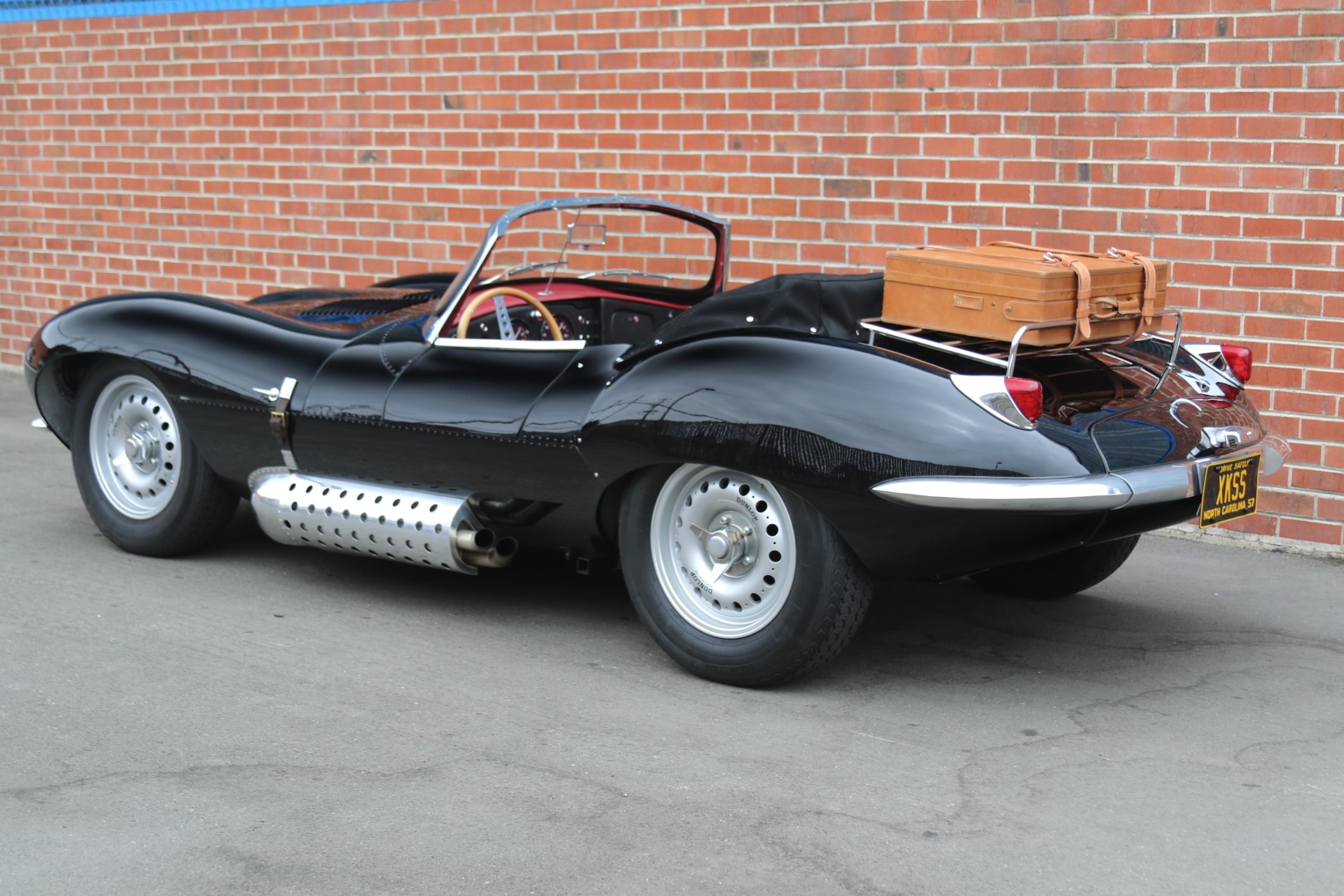 It has a split-wood, quick-release steering wheel which is aesthetically similar to that used in a D-Type which sits ahead of an upholstered dash face, which houses a reverse-sweep 180-mph speedometer and 8k-rpm tachometer. The five-digit odometer shows just over 1,000 miles so it’s barely done any distance since leaving the factory. Other features include electronic ignition, a high-capacity alternator, a lightweight starter, an electrical cutoff switch, dry-sump lookalike components, a high-efficiency aluminium radiator, D-Type-style aluminium header tank, low-profile cooling fan, 30-gallon aluminium fuel tank, an electronic Hyco fuel pump, and braided fuel lines. You’ll need deep pockets but it’ll be worth it.

- FOR DELIVERY IN TIME FOR VALENTINE’S DAY

After a two year hiatus, Kala announces its return to the stunning beach ...

The next step in climate-conscious footwear

This Valentine’s day, give your partner the gift of memories with one ...